Skip to content
Posted inDraped Bust Half Eagle
Posted by By admin June 25, 2013 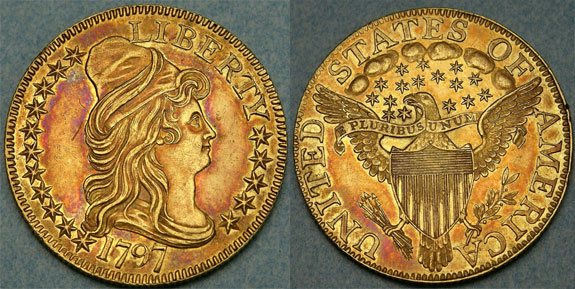 The third variety was created from a 1795-dated obverse die overdated to 1797 with the under-digit clearly visible. It is estimated that fewer than 20 examples still exist and offerings on the market are extremely infrequent.